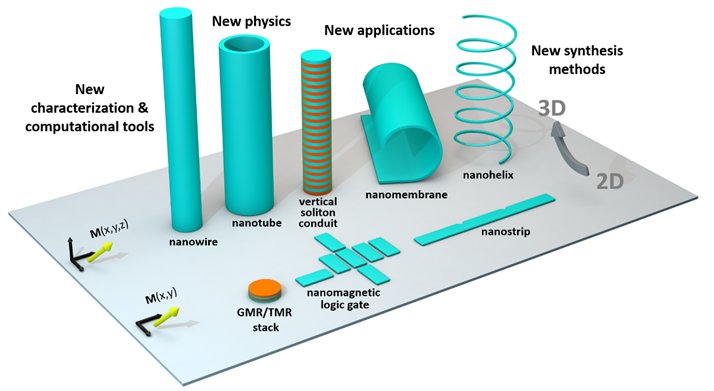 Devices for printing 3 dimensional objects, called 3D printers, have received a lot of public and scientific attention in the past few decades. They are now being used across multiple industries, such as manufacturing, medicine, architecture, art and science. After drawing the desired object in computer programs, such as toys, models, or even artificial limbs, these 3D printers create them by adding the material layer after layer in a process called additive manufacturing.

This technology allows us to cheaply create complex objects on-demand in the matter of hours and with a choice of a wide range of materials. The demand for custom made components is particularly big in science as scientists are in a constant need for novel parts that their experimental setups require. Therefore, it is not surprising that 3D printers are quickly becoming a standard piece of lab equipment. What’s more, as the price of printers is dropping and the range of applicable materials increasing, 3D printing promises new and unexpected applications.

Even though many modern printers boast sub-millimetre precision, until recent years the building of truly nanometer (a millionth of a millimetre) sized structures has been restricted to the surface of the sample. However, the development of new methods for additive manufacturing is now making 3D nanoprinting possible through a process called FEBID (Focused Electron Beam Induced Deposition). In this method, a small amount of gas is injected in front of a highly energetic beam of electrically charged particles. These charged particles break down the gas molecules leaving a deposit wherever the beam is scanned. Since the electron beam can be focused to a spot of the size of several nanometers, this gives us an incredible resolution.

Like 3D printing, FEBID allows scientists to quickly prototype 3D structures with a wide range of materials. In my group, we are exploring the properties of 3D nanomagnets for future sensing and information processing devices. In a  modern world, the energy consumption and heating is one of the major constraints in the computer chip design. Moreover, it has a significant impact on the environment. Data centres worldwide are using more power than the whole of India. 3D nanomagnetism offers a new way to approach information storage and processing, with a potential to match the speed and storage density of modern devices, while having orders of magnitude lower power consumption.