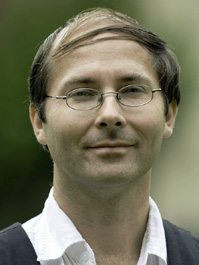 Studied natural sciences as an undergraduate at St John’s College, Cambridge, followed a Ph.D at the Cavendish on growth at surfaces studied with helium atom scattering. Became a type A (research) fellow at St John’s College, and then moved to the Max Planck Institut fuer Stroemungsforschung, Goettingen with an Alexander von Humboldt fellowship. Returned to the Cambridge with a Lloyd’s of London Tercentenary Fellowship and then an EPSRC 5 year fellowship to study dynamics at surfaces using quasielastic helium atom scattering. The fellowship was moved to the department of physics at the University of East Anglia with the aim of taking up a lectureship it its end. When the physics department at UEA shut, moved to the Cavendish as an Assistant Director of Research in 2000, and was appointed a teaching fellow at Gonville and Caius College, subsequently becoming one of the directors of studies for natural sciences (physical).