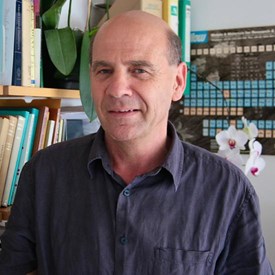 Prof Mark Warner is one of the founders of the field of liquid crystalline solids, which has yielded many exotic phenomena that are now confirmed experimentally. See http://www.tcm.phy.cam.ac.uk/~mw141/aims.html For this work he received a Maxwell Medal and Prize and a von Humboldt Research Prize. In 2003 Prof Warner was awarded the Agilent Technology Europhysics Prize by the European Physical Society. He is an honorary fellow of the Royal Society of New Zealand and a Fellow of the Royal Society, London.