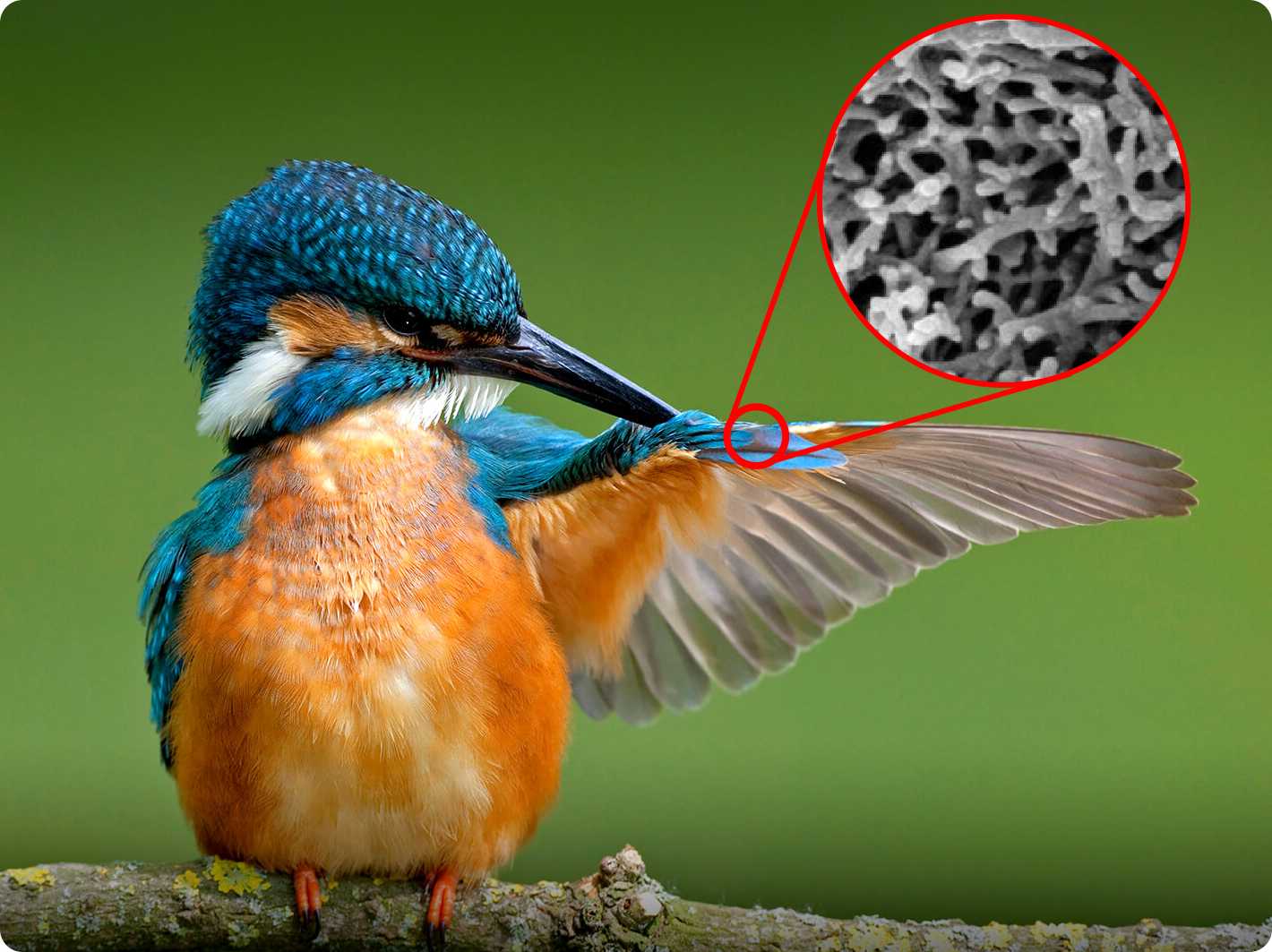 Most colours we see, with the exception of coloured lights like neons or televisions, are produced by dyes: molecules and materials which absorb some colours and transmit others, and therefore are themselves coloured. For example, leaves appear green because chlorophyll, the molecule responsible for photosynthesis, absorbs red and blue light but not green.

Birds show some of the most beautiful colours found in nature, but the way they make them is quite unusual. As an alternative to relying on dyes, many birds have a thin layer of material at the surface of their feathers that, instead of absorbing light, scatters certain wavelengths back isotropically (in all directions). However, the material itself is colourless, and it is only the way the material is arranged that gives rise to the colour. This phenomenon is known as structural colour.

Under an electron microscope, because the microstructure is too fine to see with a normal microscope, the structure is a spongy mesh of air and keratin, a colourless protein also found in hair, fingernails and rhino horn. Light is scattered off the air bubbles trapped within the protein, and the distance between the bubbles determines the colour reflected. If the wavelength of light matches the separation of the bubbles, all the waves sum with one another, or constructively, and that colour is visible.

Other materials which show structural colour, such as precious opals or the surface of DVD’s, scatter light iridescently, where the colour seen depends on the angle it is seen from. These birds are unique in producing uniform colour through this scattering mechanism.

Birds make these materials by producing keratin inside their cells and then pushing it out into the space between the cells. When enough keratin is present, it aggregates into a sponge-like gel in a process called spinodal decomposition. By mimicking this aggregation with small particles of proteins or plastics, we can produce similar structures in a lab.

These structures would be useful in any application where we need colour, but perhaps most interestingly could be used to make next-generation television and computer screens which reflect light rather than produce it. A screen made like this would consume next to no power, wouldn’t strain your eyes and would have much more vivid, realistic colours.