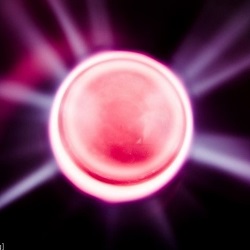 Angelo di Bernardo (c2012) is the lead author on a recent study published in Nature Communications† where a special type of superconductivity was observed in graphene, confirming for the first time the existence of superconducting states in the material. The work was led by the Robinson Group in the Department of Materials Science and Metallurgy.

Graphene was long predicted to have the potential for acting as a superconductor, i.e. conducting current in a special way whereby electrons travel in pairs and without dissipation of energy. Several types of superconductivity exist, which differ by the way in which the electrons form pairs, one speaks of the symmetry of the superconducting state.

This finding is interesting both fundamentally and technologically. The type of superconductivity observed in graphene is characterised by a ‘p-symmetry’, which is an exotic type of superconductivity and therefore a focus of fundamental research. The study also provides a new platform for experimentally studying the effect and eventually exploiting it for the fabrication of quantum technologies based on electronic devices operating with minimal heat dissipation.

Local conductance measurements showing signatures of unconventional superconductivity in graphene. Different signatures (a-c) are obtained depending on the crystal orientation and doping of the underlying PCCO. Insets show the topology of the graphene (scale bar is 0.5nm).