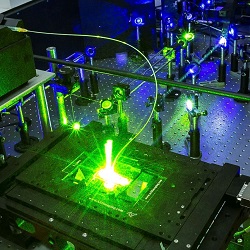 Our intricate brains contain innumerable mysteries that continue to perplex. A particularly pressing issue is that of neurodegenerative disease which often leads to dementia or loss of movement control.

Neurodegenerative diseases are a rapidly growing in concern due to aging populations in many parts of the world. Currently, 46 million people are diagnosed with dementia worldwide and this is set to treble by 2050.

Alzheimer’s and Parkinson’s diseases are the two most common neurodegenerative disorders and, although they can have very different symptoms, they share many underlying molecular causes. A key process in these diseases is that certain proteins misfold and aggregate, clumping together to form long and well-ordered fibres via a multitude of intermediates. Insoluble clumps of such fibrillar proteins have long been hallmarks of these disorders.

However, increasing evidence suggests that it is the soluble intermediate species
which are the most toxic to the brain. Known as oligomers, these smaller, transient and highly heterogeneous species prove incredibly difficult to detect using standard techniques because they are so rare.

We can build up a detailed picture of heterogeneous aggregation mixtures by probing the behaviour of their individual parts using single-molecule techniques. As such, these rare oligomers can be observed, rather than obscured as in averaging techniques. However, single-molecule experiments require incredibly low concentrations at which most biological complexes are unstable.

By integrating microfluidics with optics, we can rapidly dilute protein samples for singlemolecule detection before such unstable species dissociate. In this way, unstable species can be observed which would otherwise be invisible. The combination of these two methods gives us fundamental information on the aggregation pathway which will shed insight into the development of Alzheimer’s and Parkinson’s disease.