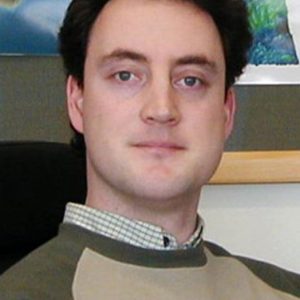 Dr. Colm Durkan is the founder and head of the Scanning Probe Microscopy and Nanoelectronics group at the Nanoscience centre of the University of Cambridge. He is a fellow of Girton College, Cambridge.

Originally from Dublin, Colm obtained his primary degree in Physics from Trinity College Dublin, with first class honours. He was also a Trinity College Foundation scholar, and was the recipient of the Fitzgerald medal in 1992.

Colm obtained his PhD in Physics, also from Trinity College, on the topic of Scanning Near-field Optical Microscopy (SNOM), and built the first SNOM in the country. After spending a postdoctoral period at Konstanz University in Germany, during which time he was awarded an Alexandar von Humboldt visiting fellows scholarship, he came to work in Cambridge in August 1997 as a postdoc in Mark Welland’s group.

Colm has been a University lecturer with full tenure since July 2000 and a Reader in Nanoscale Engineering since October 2010. He is on the editorial board of the journals Microscopy and Imaging and the Nature journal Scientific Reports.