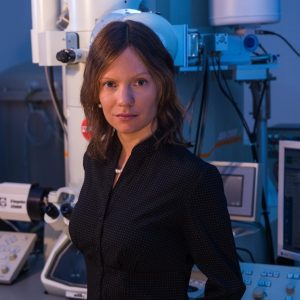 In 2018, she moved to England to take up a lectureship in multi-scale, multi-dimensional imaging of natural and synthetic materials at the University of Cambridge, joint between the Department of Materials Science and Metallurgy and the Department of Earth Sciences. She received an ERC Starting grant (1.6M Euros) to pursue her studies of Earth-abundant plasmonics. She has been elected fellow of Gonville & Caius College, is an associate member of the Royal Society of Chemistry, and serves on the editorial board of Materials Chemistry Frontiers.