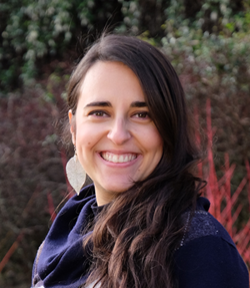 My research career started in Italy at the Scuola Superiore di Eccellenza and University of Catania. I spent part of my Master studies at Boston University and completed my PhD at Imperial College London. My recognition on an international scale in the plasmonic community led to several awards (CSWP Woman Physicist of the Month from the American Physical Society and the 2014 ABTA Doctoral Researcher Award). I was a Postdoctoral Fellow in Cambridge and later on I became an independent group leader at the University of Cambridge, at the Cavendish Laboratory, after being awarded the prestigious Winton Advanced Research Fellowship in 2018. I was appointed as Lecturer in Device Materials at the Department of Materials Science & Metallurgy at the beginning of 2020