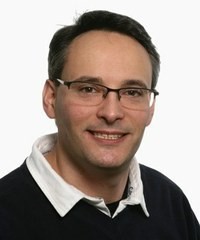 Harvey Beere is a Principal Research Associate of Molecular Beam Epitaxy (MBE) and Terahertz (THz) technologies in the Semiconductor Physics group. He received his first degree, in Electrical and Electronic Engineering, from Imperial College London in 1993 and his PhD from the University of Cambridge in 1999, studying the selective area growth of III-V semiconductor compounds using Ga+ FIB deposition during MBE growth.

Since then he has been working on III-V semiconductor physics and has extensive experience of the growth, fabrication and measurement of low dimensional electronic and optical structures. He has been co-author in over 500 papers with an h-index 48 Web of Science (60 Google Scholar).