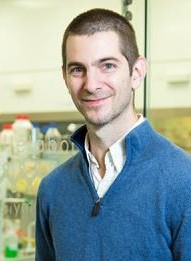 I was born in Buenos Aires, Argentina in 1980 but grew up in London, UK. I studied Chemistry at Oxford, before going on to do a PhD at Imperial College with Prof. Charlotte Williams. I then spent a year at the University of Washington in Seattle working as a postdoc for Prof. Christine Luscombe. After this I returned to Imperial College to do a second postdoc with Prof. Iain McCulloch. I was awarded am Imperial College Junior Research Fellowship in 2012 before being appointed as a lecturer at University College London in 2013. In 2015 I was awarded an ERC starting grant and then in 2017 I was appointed as a lecturer joint between the physics and chemistry departments at the University of Cambridge.