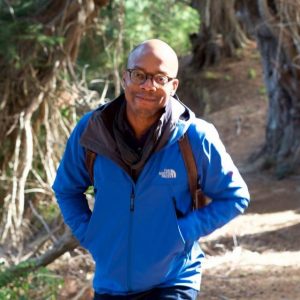 B.Sc., 1999 (Rutgers); M.Sc., 2001 (Rutgers); Ph.D., 2007 (Carnegie Mellon). In the summers of 1995, 1996, and 1999, I worked as an intern / engineer at Bell Labs (Murray Hill, NJ), first in the Microelectronics Division, and then in the Data Networking Division, on a project spun out by the research group that created the C programming language, the Unix, Inferno, and Plan 9 operating systems, and much more.  I spent 2006–2008 at Technische Universiteit Eindhoven in the Netherlands,  joined IBM Research in Zürich, Switzerland, as a permanent Research Staff Member from 2008–2012, and then joined Apple in Cupertino from 2012–2014. I moved back to academia in 2014: I was in the MIT Computer Science and Artificial Intelligence Laboratory (CSAIL) from 2014-2017 and joined the University of Cambridge as a faculty member in 2017. Since 2018, I am also a faculty fellow at the Alan Turing Institute for Data Science and Artificial Intelligence in London.

I lead the Physical Computation Laboratory, a research group with about a dozen members (three postdocs, two directly-supervised PhD students, two PhD project students from the Faculty of Mathematics, and five M.Eng./M.Res./IIB students from the Nano DTC, Graphene CDT, and elsewhere). I teach one third year / IIA project course (RISC-V Processor Design), one fourth-year / IIB course (Embedded Systems), and serve as a cohort leader for the Part IA Integrated Electrical Project. Additionally, I am leading the Embedded Systems Technology-Enabled Learning (TEL) Pilot Program in Cooperation with the Cambridge University Press and edX.