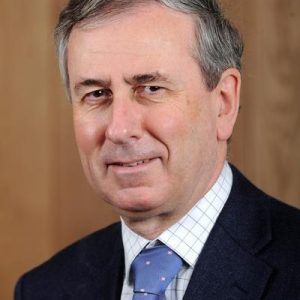 Robert Henderson has been in the Department of Pharmacology since 1988. He obtained his first degree and PhD from the University of London, the former in Comparative Physiology from Queen Mary College, and the latter for a study of intracellular pH regulation in the liver, from the London Hospital Medical College – where he stayed subsequently for three years’ postdoctoral work. Between 1984 and 1988 he was a Research Associate in Dr Gerhard Giebisch’s laboratory in the Department of Cellular and Molecular Physiology at Yale University, New Haven, Connecticut, where he worked on membrane ion transport mechanisms in liver and kidney. In 1988 he returned to the UK, to the Department of Pharmacology in Cambridge and where he now holds the position of Reader in Macromolecular Pharmacology. In the mid-1990s the focus of his work shifted away from electrophysiology to the use of the atomic force microscope to investigate topics in cell biology, most recently work has been concentrated on the use of fast-scan atomic force microscopy to investigate real-time molecular events at the nanoscale and to use DNA origami as a tool to study macromolecular interactions.  He is a core member of BBSRC Research Committee D (Molecules, cells and industrial biotechnology).