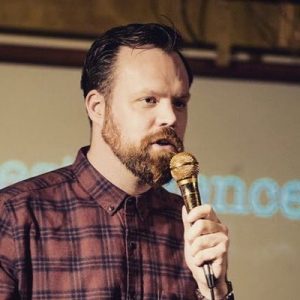 Dr. Steven F. Lee is a Royal Society University Research Fellow, in the department of Chemistry at the University of Cambridge and a fellow of Sidney Sussex College, Cambridge.  His research centres on building new tools to study biomolecules, using a variety of advanced ultrasensitive optical techniques, from rational design and fundamental understanding of fluorophores at the single-molecule level, through to applying these findings with multi-dimensional and 3D super-resolution imaging to answer real-world biological problems.

Steven completed his DPhil in Physical Chemistry at the University of Sussex in 2009 with Dr. Mark Osborne working on the photophysics of single quantum dots. As a postdoctoral scholar he worked with Prof W.E. Meorner (Nobel Prize in Chemistry, 2014) in Stanford University developing new 3D super-resolution techniques in bacterial models. In 2011 he returned to Cambridge to work with Prof Dave Klenerman, FMedSci, FRS, where he transitioned these techniques for use in more complicated eukaryotic biology – investigating the molecular mechanism of the adaptive immune system in human T cells.

Since 2013 Steven has been establishing himself as an independent researcher tackling problems that relate directly to human health including: developing new tools to visualise individual protein aggregates in neurodegenerative diseases such as Parkinson’s and next-generation super-resolution imaging.