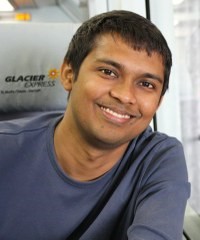 Dr Tawfique Hasan is a Reader in Nanomaterials Engineering at the Cambridge Graphene Centre, Cambridge University Engineering Department and leads the group. He is also the Deputy Head of Electrical Engineering. In addition, Dr Hasan is the Deputy Director for Teaching and Training of the Centre for Doctoral Training in Graphene Technology. He gained his PhD in Electrical Engineering from the University of Cambridge in 2009. He also has an MEng. in Analog Microelectronics from University of New South Wales, Australia. Hasan got his BSc in Electrical and Electronic Engineering from the Islamic University of Technology, Bangladesh in 2001. Dr. Hasan has held several research positions in the University since his PhD, including a Junior Research Fellowship in King’s College, Cambridge, a National Science Foundation China Foreign Young Scientist Research Fellowship and a Royal Academy of Engineering Research Fellowship to work on graphene based flexible and printable devices. The latter contributed to the foundation of Cambridge Graphene Limited, which was acquired by Versarian Plc in 2017. Tawfique also co-founded a second startup with other HNE members, Inkling Cambridge Limited which develops functional coatings and composites.

He is an Associate Editor of Electronics Letters and an Editorial Board Member of Scientific Reports.

He is also a Title A Fellow and a Director of Studies in Engineering in Churchill College, Cambridge.