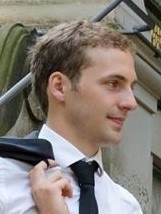 Oliver Vanderpoorten is part of the Centre for Misfolding Disease at the University of Cambridge where he conducts research on nanolithography and nanoscopy methods. He holds two master degrees in engineering subjects which give him an applied attitude towards biotechnological applications: He holds a Master in Electrical and Microsystems Engineering from OTH Regensburg (2015) and a second Master’s degree in Sensor Technologies from the University of Cambridge (2016). During his PhD in the EPSRC funded Sensor CDT he explored the landscape of nanofluidic chips for various applications related to life sciences and protein misfolding diseases and developed 2-photon lithography as fabrication method for nanofluidic devices. In his free time he’s interested in entrepreneurship, sailing, painting and spends his time with outreach to explain science to the public in an informal way (https://youtu.be/TPJPYvumErM?t=100).