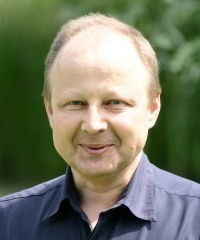 Eugene Terentjev studied in Moscow, obtaining the MSc in 1982 and PhD in 1985; then carried out postdoctoral research in Case Western Reserve University (Cleveland, Ohio). After moving to Cambridge in 1992, he became a University Lecturer in 1998 and then Professor of Polymer Physics in 2005. He is a fellow of Queens’ College where he is the Director of Studies in Natural Sciences.