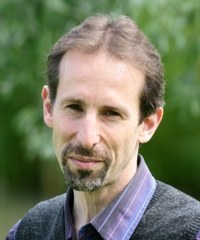 Prof. Jeremy Baumberg is a leader in nanoscience and nanotechnology, working for much of his career at the interface between academia and industry. He has led interdisciplinary nano-centres at the Universities of Cambridge and Southampton, and developed novel devices within Hitachi, IBM, his spin-offs Mesophotonics and Base4. He is widely recognised as a leading innovator in Nano, with most recent awards being the Institute of Physics Faraday Medal (2017), Royal Society Rumford Medal (2014), Institute of Physics Young Medal (2013), Royal Society Fellowship (2011) and Royal Society Mullard Prize (2005).

Prof. Baumberg is interested in constructing nano-materials with unusual interactions with light, especially ones that can be fabricated on a large scale which can lead to practical use.