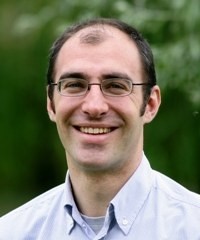 Pietro obtained a Laurea in Physics, in Milan (1999) before joining the Cavendish Lab for his PhD (2003). He initially worked on interface science, and then became interested in lipid membranes in his post-doc, at the Nanoscience Center, before returning to the Cavendish with an Oppenheimer Research Fellowship (2004-2007).  He began working with biological cells and optical trapping. In 2006 he was appointed University Lecturer in Physics, and also joined the Fellowship at Corpus Christi College.  Research-wise, a group has grown based on imaging and microfluidic devices, addressing a range of questions in biological and soft matter physics. In 2013 he was promoted to Reader, in 2016 Professor. He is a prominent advocate of biological physics mationally (Chair IOP Biological Physics group) and in Cambridge (co-PI of the Center for Physical Biology).