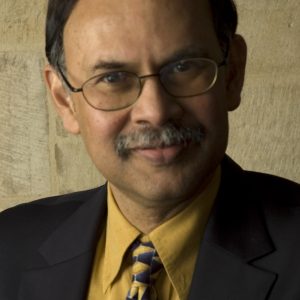 R Vasant Kumar is Professor and the Head of Materials Chemistry Group and a Fellow of Trinity Hall in University of Cambridge, and a Fellow of the Institute of Materials, Mining and Metallurgy. He has published over 320 papers, 18 patents, 5 Chapters in Handbooks and 1 edited book (High energy density Li batteries, Wiley-VCH 2010, also translated in Chinese, 2013, 2nd Edition in 2019). He has supervised over 40 PhD students, 35 post-doctoral researchers, 20 visiting students and hosted over 15 visiting professors. He is Honorary/Guest Professor in three Universities in China (2008, 2012 and 2016). Has received Honorary Engineering Degree in University of Malaysia (2011), Kroll Medal from IOM3 for translating research into industrial applications (2014). He is the Editor-in-Chief of IOM3 journal, “Mineral Processing & Extractive Metallurgy” from 2004 and a Board Member of IOM3’s Technical Division. Many of his research has led to licenses and industrial practices and he has founded four start-up companies which are commercialising some of his inventions. Currently, Professor Kumar’s research group is working on a number of research projects underpinned by harnessing of electrochemical reactions in a variety of applications that range from energy devices such as batteries and fuel cells to environmental research in mineral carbonation, sensors, sustainability and recycling of materials and photocatalytic reactions.