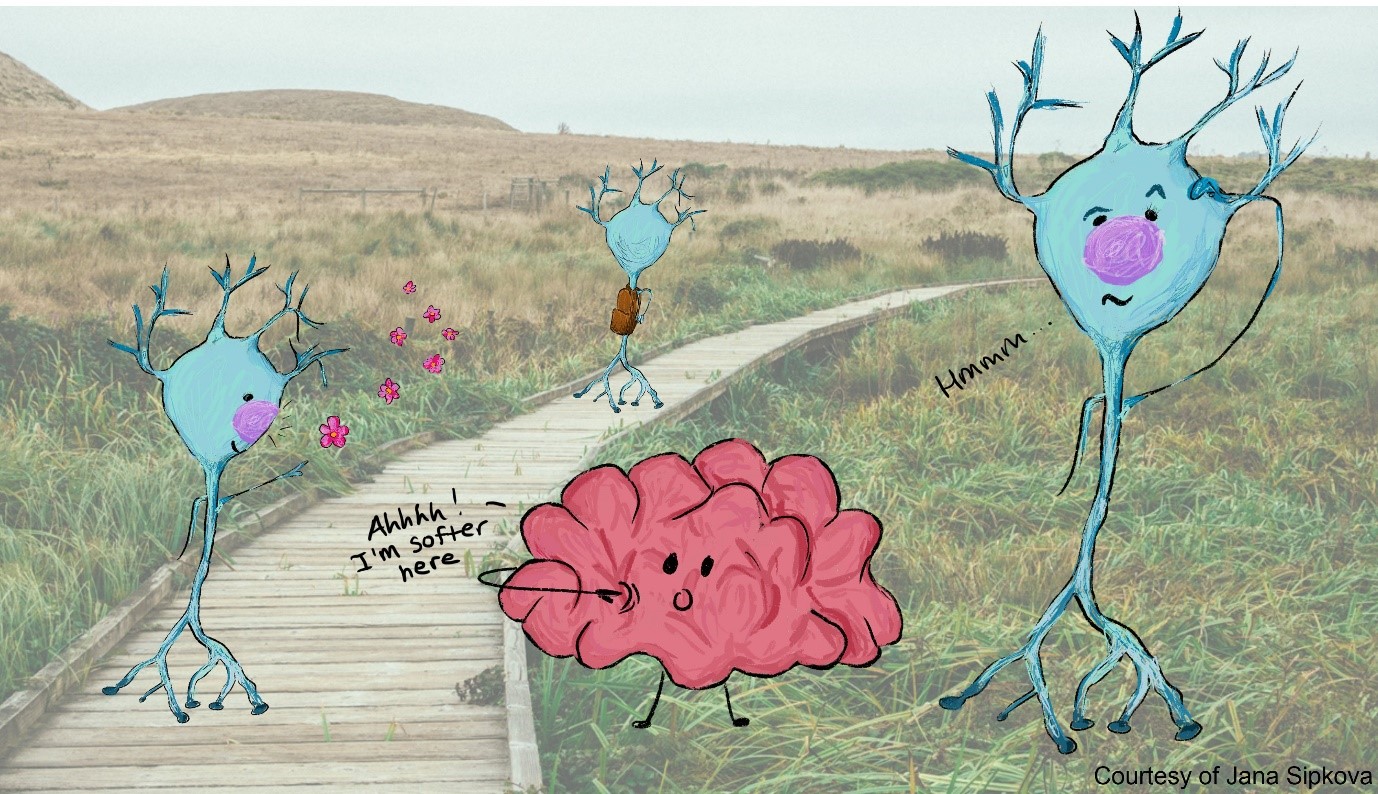 You started off as a single, yet not so simple, building block called a cell. This one cell divided into two cells, then these two cells became four, and approximately 9 months later you were born:  a masterpiece of around 15 trillion cells, all connected in a specific way. This entire process is called development, and it raises some very important questions, including: how do our cells arrange themselves to create functional tissues, organs, and biological systems?

In my research, I am interested in how the eyes connect with the brain. When light hits our eyes, cells convert the light energy into electrical signals, which neurons send to precise locations in the brain through long extensions called axons. The precision in these connections is particularly important, as it allows us to interact accurately with the rest of the world. Although this may seem straightforward, during development, neurons extend their axons over incredible distances, with great precision. It’s the equivalent of you standing in London and extending your hand all the way to Birmingham! With no sense of sight, how does the axon know precisely where to go?

Classically, scientists have thought that the axon is just controlled by chemical signals. You will be familiar with chemical signals from everyday life. For example, imagine you are lost in a forest with no food, but you suddenly smell campfire sausages coming from one direction. You’d follow the chemical signal, just like the growing axon.

If we think back to the sausage smelling example, when traveling towards the food, there are many different routes that could cover several terrains. For example, it could be a boggy marshland which is difficult to walk through because there’s loads of resistance from the soft dirt or there could be a nice and rigid stone pathway that is easy to walk on. Interestingly, the brain has soft and rigid regions that influences the speed and direction of axon growth. In my research, I measure how soft or rigid the brain is in different regions and how this regulates axon growth and direction.