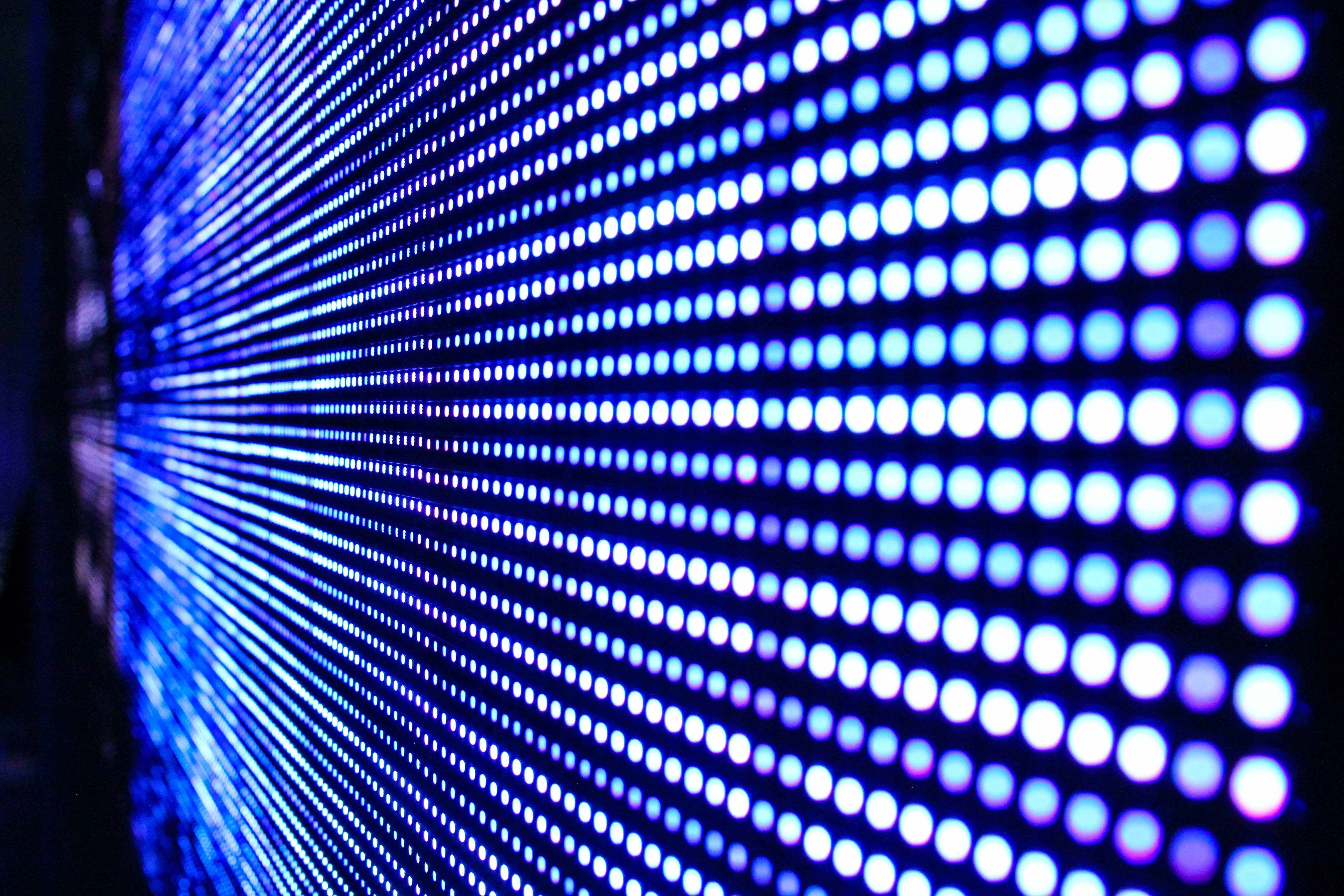 Traditionally, the core materials inside all of the electronics driving the modern world have been made from elements that must be mined from the Earth’s crust: silicon, germanium, gallium and indium. Mining and then processing these ‘inorganic’ materials can be expensive and is also destructive to the environment. New types of materials for electronics have been developed that can be synthesised in a laboratory (with the aim to scale-up production to factories). These new materials are made of ‘organic’ elements, such as oxygen, nitrogen, carbon and hydrogen, which are naturally abundant, cheap to extract and non-toxic. There are an almost infinite number of different ways these organic elements can be combined into more complex organic materials. Therefore, the properties exhibited by the organic materials (like the colour of light they emit!) can be carefully tuned. One application of these new organic materials has been in LEDs (light-emitting diodes) comprising the pixels in many display screens from phones to TVs.

In an organic LED electrons flow through the organic material and form ‘excitons’ that can release their energy by emitting light (or ‘photons’). Electrons, excitons and photons all have a property called ‘spin’. Numerically we express the spin as an integer or half-integer: the spin of an electron is ½ and a photon’s spin is 1, although the spin of an exciton is not fixed. The exciton-to-photon conversion process must obey certain rules regarding spin, as a result not all excitons can be converted into photons. The spin rules create an efficiency limit for organic LEDs!

To overcome the efficiency limit we can design molecular structures that have certain properties capable of changing (or ‘flipping’) spin. Flipping the spin of an exciton can transform it from an exciton that cannot be converted into a photon, to one that can be! My PhD involves a collaboration between the Department of Physics and Department of Chemistry to design, synthesise, and test new spin-flipping, organic molecules to boost the efficiency of LEDs.