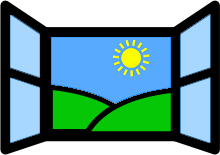 The price of producing electricity from sunlight has been falling dramatically over the past three decades, but a push towards more efficient devices is still necessary for it to truly compete with fossil fuels. The price improvements so far have mainly been due to the falling cost of producing the solar modules themselves. This also means, however, that other associated costs such as installation and maintenance have become the dominant factors determining the ultimate cost of solar power. Thus, the focus in solar cell research has shifted from reducing production costs to improving efficiency per unit area, so that fewer modules would ultimately be needed for the same power output.

One of the main sources of losses in nearly all solar cells is simply that something is blocking sunlight from reaching the absorbing material. Conventional solar cells have a structure where the electricity produced flows through the plane of the device much like coffee flowing through a filter. This requires a conductive window layer on top of the solar cell, much the same as the touchscreens of your phones or tablets. These, while apparently permissive to all light, are not as perfectly transparent as their name suggests, just like the windows of you home that make it quite difficult to get a tan while indoors.

My research is on getting rid of this window layer to harvest as much of the incoming sunlight as possible in each module. This involves micro- and nano-texturing the back surface of the solar cells so that the electricity produced can flow along the back of the light-absorbing material, sort of like a subway system that takes in passengers from above but moves underneath the city. Using advanced laser microscopy techniques, I am tracking the electrical passengers of the solar cell in space and time as they move inside the light-absorbing material to make sure they reach their destinations successfully and are able to generate as much power as possible from the now increased amount of light shining on our solar cells.