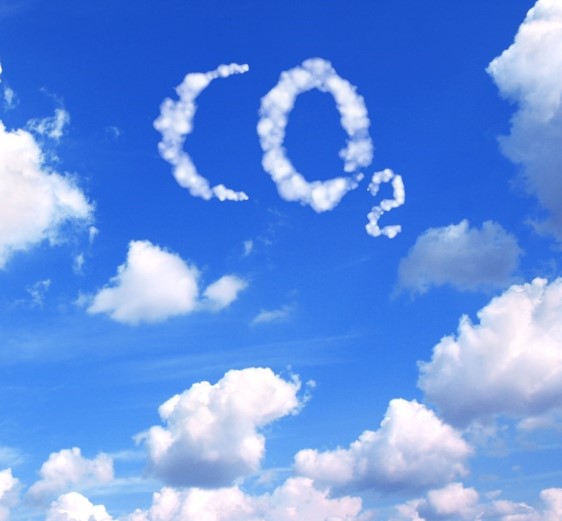 We recycle glass, metal, paper – but why not CO2, energy production’s No.1 waste product?

Carbon Dioxide (CO2) is the main driver of global warming and climate change. Since the beginning of the industrial revolution, humans burn fossil fuels, such as coal, oil and natural gas to harvest energy. The main by-product of this chemical reaction is carbon dioxide. It is emitted into the atmosphere, and its steadily rising levels cause harm to the climate due to the green-house effect.

Plants on the other hand, consume CO2 from the atmosphere, instead of just producing it. In natural photosynthesis, light is converted into chemical energy. This energy combined with carbon dioxide from the atmosphere is used to form sugars, the plant’s storable energy carrier. At some stage, this energy carrier will be used by the plant, and CO2 is formed as product. A carbon cycle with no climate-harming by-products.

In my PhD project, I am working on artificial photosynthesis. I try to find ways towards a sustainable CO2-cycle, and to recycle carbon dioxide to form fuels like petrol or methanol. I use electrical energy at metallic surfaces to chemically reduce CO2 and water (H2O) to carbon monoxide (CO) and hydrogen (H2). The gas mixture of CO and H2 is known as Syngas, and it can be used in well-known industrial processes to produce petrol and other chemicals.

The electrochemical reduction of CO2 has been known for decades, and recently researchers worldwide intensified their efforts to understand and improve this process. The reaction is typically slow, inefficient and yields a mixture of products. Furthermore, the long-term stability and cost of the catalysts (e.g. gold or silver) are unsatisfactory. There is variety of problems that are currently researched, most of them related to the insufficient activity of the metal catalysts used.

The first chemical step of CO2 reduction catalysis involves the transfer of one electron and one proton (H+) to the CO2 molecule. The CO2 molecule is usually linear, but will naturally bend after this first step. The bending of the molecule takes up a lot of energy, hence finding ways to molecularly stabilize the bent form of CO2 at the metal catalyst will increase the efficiency of catalysis. I study the interaction between specific molecules that interact with CO2 and the surface of metal catalysts. I envision that this is a path towards improved and more efficient catalysis.

The generation of sustainable fuels is one of the most pressing problems of mankind. We think that research in artificial photosynthesis and CO2-to-fuel recycling is a step into the right direction. An artificial leaf that produces a fuel from sunshine and air would revolutionise our society and help in the fight against climate change.