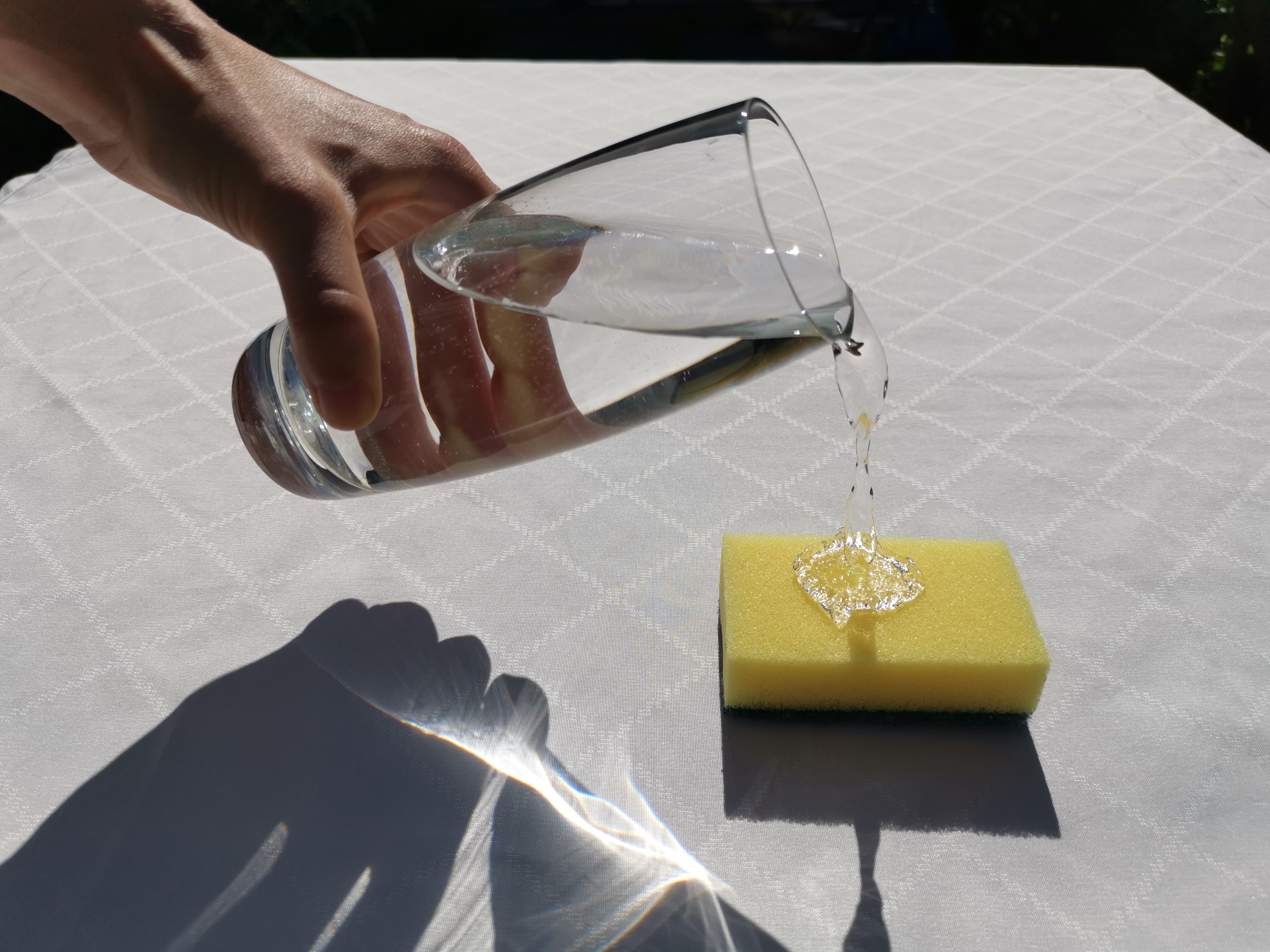 Batteries play an important role in our lives, storing electricity to allow us to use our devices all around the world. Commercial lithium ion batteries use a liquid electrolyte to transport lithium ions between the cathode and anode of the battery. This liquid is often an organic solvent which is highly flammable and can cause serious safety issues if the battery is damaged.

Whilst some researchers are looking to replace the liquid electrolyte with a solid material to transport the ions back and forth; the dynamics are often much slower in a solid compared to a liquid. So, what if the liquid could be trapped in a sponge-like material? This allows the ions to move through the liquid layer but prevents the liquid from leaking out.

These sponge-like materials are known as Metal–Organic Frameworks (MOFs) and consist of metal ions with long organic molecules connecting the metal centres together. These organic molecules can be all sorts of shapes and sizes which in turn gives a whole variety of sponge-like materials. As the liquid is trapped within the MOF sponge, there is an interaction between them. One of the key questions is which sponge is best?

There are also lots of choices of which liquid we want to fill our sponge with. In my research I am particularly interested in using ionic liquids, which are simply liquids made up of ions. Think about table salt, the formula is NaCl which means there are ions of Na+ and Cl– all stuck together in an ordered arrangement. As these ions are small spheres of charge which are attracted to each other, they pack together closely and form a solid. If we change these so rather than nice spheres, we have a charge spread over big, bulky, bumpy molecules they no longer pack together nicely and can form liquids at room temperature. What is even more interesting is because they are made up of ions, they do not evaporate away at room temperature and aren’t flammable!

So, we have an ionic liquid which has the fast dynamics of a liquid but is non-flammable and much safer in batteries. Once it is in the MOF there is no risk of leakage and we can even adjust the MOF material to improve the speed at which the ions can pass through the liquid! This is an example of a composite material, as we are making use of the properties of both the ionic liquid and the MOF.