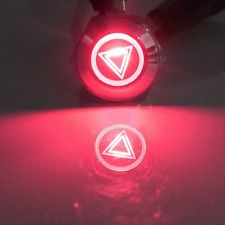 For our bodies to repair and maintain themselves we must continually produce new proteins, the building blocks of life. However, protein synthesis sometimes goes wrong due to the protein misfolding into the wrong shape and structure. Usually, we have a cellular garbage disposal system that removes this molecular rubbish, but as we age this mechanism begins to wear out and potentially damaging protein deposits can build up. In the brain, aggregation of misfolded protein can damage our brain cells leading to diseases such as Parkinson’s and Alzheimer’s.

For scientists and doctors to treat these devastating diseases more effectively, we need to identify early-warning signs that signal the likelihood of a person developing the condition. One type of marker that could work is small clumps of built-up protein called oligomers that are particularly toxic to our brain, and occur at an early time in the protein misfolding process. If we can detect and quantify oligomers early enough, we stand a better chance of stopping disease progression before a person becomes unwell.

In my work I use molecular nano-machinery made from DNA to sense the presence of oligomeric species. Ordinarily, DNA exists in our bodies as the storage of our genetic code, but we can repurpose it to act as a molecular computer to signal the presence of a particular target. Some DNA molecules called aptamers have a specific shape that can recognise and stick to the specific shape of other molecules or particles. We use aptamers that stick to oligomers; when an oligomer is present, the DNA sticks to it and changes its shape, which in turn changes how the aptamer binds to other DNA molecules that are present. These DNA contain a molecular lightbulb, called a fluorophore, which is switched on by this process. With a microscope, can observe the light emitted, with methods that are sensitive enough to tell us when even only a single oligomer particle is present.

With new methods like these, we hope to be able sense accurately the presence of toxic oligomers to study, diagnose and ultimately prevent misfolding diseases. We’re also working on how to make these tests fast and easy to run, and hope to see them used in doctor’s surgeries and hospitals soon.